If you remember my first blog you might remember that I didn’t know how to ride a bike. Well, seems that I have finally overcome a childhood fear and now I do know how to! But let´s go back a few months and remember when I said that I ¨panic¨ just with the idea to ride a bike… because, what is panic anyways?

One week before spring break, we started with the second part of our semester with a really expected course called ¨Human Behavior¨. Since last year, we´ve been hearing just good impressions about it, and let me tell you, we were not disappointed. The class is interesting and the professors are constantly challenging us to break our paradigms. For example, when I say that I used to ¨panic¨ with the idea of riding a bike, what do I mean? is it really panic? Does panic even exist?

Before continuing with the reading, please take a couple of seconds to try to make a panic definition of your own, done? Ok, let’s go further into it.

It is said that panic is a reaction involving terror, confusion and irrational behavior, precipitated by a threatening situation (Goldenson, 1984) however, can you picture any other way out of the 5th floor of a burning or collapsing building that isn’t by jumping to the void when you have smoke all around you? If you can’t think of other way to save yourself, is it really irrational to take the only choice you think you have at the moment?

These sorts of ideas were discussed in seminars and classes, each of them with different points of view and examples of what panic means in the media, and why is not ok to use this term when referring to fatalities in fire scenarios. For example, in 1903 a fire at the Iroquois theatre in Chicago occurred leaving at least 602 deaths. The newspapers were stating the victims “panic state” for the deaths as when the doors of the theatre opened, they found bodies piled up behind doors and under windows, supporting the theory that “panic didn’t allow them to think rationally and look for secondary exits than the entrance door and windows” however, now we know that poor fire safety measures lead to the unnecessary fatalities, and regulations were improved after this tragedy.

During human behavior classes, we learn a lot about the decision-making process that people follow during fire situations, and now we have different persepectives on how safety measures in building designs should be implemented considering the most likely human responses in emergencies.

Its important to stress enough the significance of having a class like this through our preparation, but is funny how it does not only increases your knowledge in the fire safety field, but it also changes your communication skills. Now, every time I find myself about to use the world ¨panic¨I stop and change it towards a more appropiate way to define my state of mind. Instead of saying ¨I used to panic in front of a bike¨ now I say ¨I was afraid of falling off the bike and hurt myself, but now I´m even going to the beach with my friends by bike¨ 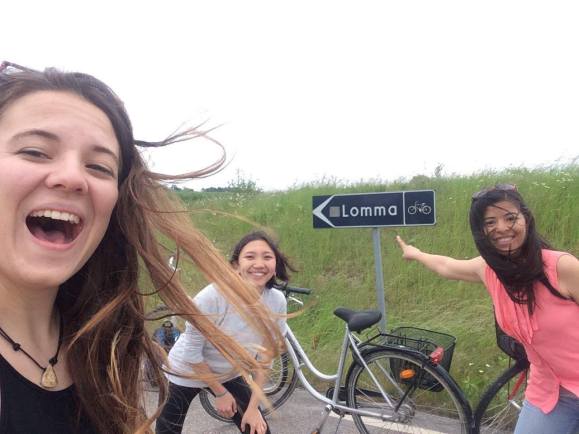 As the first half of my IMFSE journey has come to an end, I feel like it’s time to sum it up.

Before coming to Gent in September, I really had high expectations, and now when I look back, I can tell that they were more than fulfilled.

It all started mid-September, when I moved to Belgium, accompanied by my family for the first week. Having them around me during the first days of settling made my “moving from home” way easier. Already during the introduction week, I had the opportunity to meet my classmates, and seeing so many bright, proactive and interesting people from all around the world made me immediately happy for starting my Masters.

Among many other reasons, I loved attending classes at Gent University as the Engineering building where we had a lot of classes, irresistibly reminded me of Engineering Faculty building in my hometown of Belgrade.

Apart from having engaging lectures given by great teachers and even more importantly amazing people, there was one thing that really made this program flow smoothly. It’s our two very well-known coordinators, Elise Meerburg and Lies Decroos. Highly professional and devoted, prompt in communication and really efficient in solving all student’s issues. Two of them are one of the key factors of making and maintaining the genuine quality of this program.

Regarding the courses, they are in general very well organized, and made in a way to slowly introduce the Fire Safety Engineering to people from various backgrounds. The semester was a bit more time demanding, but it was kind of expected as it lasted around 3.5 months with 6 courses covered. Another really interesting fact was that not only IMFSE students were an internationalized crew, but the lecturers in Gent also. Listening to teachers from Spain, Greece, Belgium, Serbia and other countries was really intriguing and gave a special touch to this semester.

Eating delicious Flemish Fries, tasting limitless extraordinary Belgian beers, making friends from each corner of the planet, living in a beautiful, fairytale city as Gent and being in the heart of Europe, and at the same time studying a great and renowned program such as IMFSE will always keep my Gent semester in a beautiful memory.

Continuing the second IMFSE quarter in Lund was also special in its own ways. Surely the best thing about it was that finally the whole class met, and our amazing Masters crew suddenly doubled!

As Sweden welcomed us in January in its own special way, with snow storms and really cold temperatures, it was very interesting and sometimes even funny noticing how people from warmer parts of the world, e.g. Latin America or Eastern Asia react to this, for them unusual phenomenon. Many of them have experienced snow and subzero temperatures for the first time in their lives.

Lund itself is much smaller than Gent, thus has less activities, events etc., it was a bit hard getting used to this change, but as the time passed by, Lund kind of “grew” on us and we all started to enjoy our lives more and more in this cute ancient city.

Thirteen students Nations, organizing life of around 45’000 students, made sure we made a lot of new friends and had some proper fun 😊! Also, whenever we fell into the “missing a big city” crisis, we just hopped on to 12 mins train ride to Malmo, or just continued on an hour ride to Copenhagen.

Another part of change was way of studying. Studies were way more relaxed, as we had 4 courses during almost 5 months long semester. Another thing was that we had majority of courses together with Swedish students, so it was really fun meeting them. On top of that, super friendly teachers and university staff made this semester a very pleasant experience!

Both in Gent and Lund, one of the most important parts of the program were visits to companies and fire institutes. Meeting people from industry, and getting a first-hand feeling of what awaits after we graduate is something many students around the world lack during their studies.

Finally, the semester in Lund was finished in the best theoretical way. We were lucky to attend the famous IAFSS symposium, that was held in Lund right after the end of exams, where we could learn so much and meet fire experts from all the places.

By and large, IMFSE has so far been one of the best things that has ever happened to me, and I am super excited for starting the second half in Edinburgh in September!